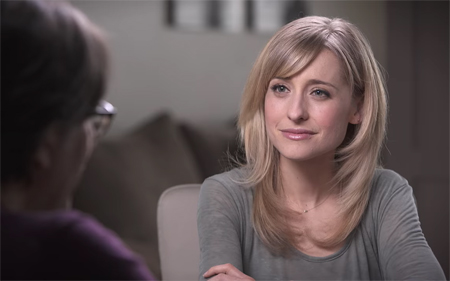 
Keith Raniere may be discovering that there's a downside to following the Scientology model of recruiting celebrities into your cult. For whatever credibility and popularity they may initially bring to your organization, if things go pear-shaped, fame becomes infamy. A few weeks ago, the NXIVM founder was extradited from Mexico on sex trafficking and other charges. There was a flurry of news coverage, as noted here. But when "Smallville" star Allison Mack was arrested on Friday, a media firestorm ensued.

This is not the first time Raniere's cultivation of the rich and famous has backfired. It may be what put him on the road to ruin. India Oxenberg, an aspiring actress from a royal bloodline, must have seemed like a real get, until her much more famous mother Catherine Oxenberg went public. Her plea for her daughter's safety was covered by the New York Times, People, Megyn Kelly TODAY, and 20/20. And suddenly that "branding cult" was water cooler talk.

The unflinching, in-depth coverage in the media also forced New York authorities to begin taking complaints seriously, that they had previously dismissed as "consensual." Roughly six months later, NXIVM's most famous member is facing 15 years to life and so is Keith Raniere.

Previous to this graphic, public outing, Raniere's organization had been chugging along pretty quietly in Albany, making millions, and silencing former members with lawsuits and intimidation tactics, thanks to the very deep pockets of Seagram's heiresses Clare and Sara Bronfman. Although their wealth and social position had also brought him a spate of bad press. But suing your victims into silence and bankruptcy is a less effective tactic when some of them are famous and well-heeled, something Scientology is learning the hard way with its futile attacks on Leah Remini.

On the Ides of March, Tony Robbins did one of his pricey "Unleash the Power Within" events in San Jose. What he unleashed instead was a firestorm. Right after the event, video surfaced of Robbins mansplaining the perils of the #metoo movement to a sex abuse survivor. It quickly disappeared, most likely quashed by his team. Their damage control effort seemed to be working... until it wasn't.

Late last week I noticed that the video had resurfaced. The original footage is taken from a distance and it's a little hard to make out, but a YouTube version is found here. A cleaner, edited version was
posted to Facebook here.

On Saturday Tarana Burke's scathing response to the video was published on the Huffington Post. In under 24 hours, after weeks of trying to bury it, Robbins finally addressed the incident publicly and issued an apology — something he swore in profane terms he would not do, during the altercation. (I think it bears mentioning that Robbins has enjoyed a lot of positive coverage on the Huffington Post, over the years, and a very friendly relationship with founder Ariana Huffington.)

“My comments failed to reflect the respect I have for everything Tarana Burke and the #MeToo movement has achieved,” Robbins said in the statement. “I apologize for suggesting anything other than my profound admiration for the #MeToo movement.”

“It is clear that I still have much to learn,” he added.