In Salem a New Memorial and a Chilling Reminder 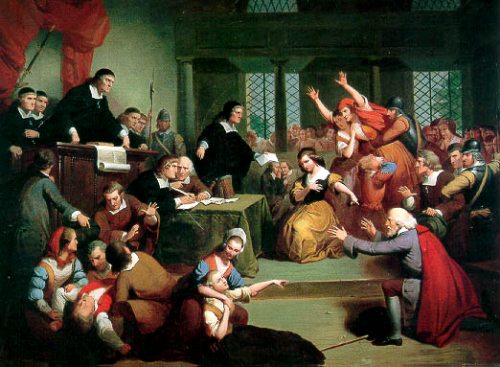 Last week a new memorial was dedicated to victims of the Salem witch trials. Wednesday, July 19 marked the 325th anniversary of the first five hangings, a number that would expand to 19 in a series of public executions.

In 1692, when children often died young, Rebecca Nurse’s lived. During the Salem witch trials, this was one of the reasons locals were convinced that Nurse was a witch, according to Benita Towle, her granddaughter nine generations removed.

“I was told that people were jealous of her,” said Towle, a Milford, Conn., resident.

Exactly 325 years since Nurse’s execution, dozens of people gathered at the spot of her death Wednesday for a dedication of the new Salem Witch Trials Memorial at Proctor’s Ledge, where 19 were executed because of accusations of witchcraft.

Wednesday’s event began at noon, around the same time the first of three mass executions took place on the site on July 19, 1692, when five women accused of witchcraft were hanged: Nurse, Sarah Good, Elizabeth Howe, Susannah Martin, and Sarah Wildes. In addition to those executed at Proctor’s Ledge, at least five died in jail, and one was crushed to death.


I started out to write a brief acknowledgment of this new monument. But each time I turned my hand to it, the more the strange tendrils of this story tugged at me. Salem is iconic, not only for its tragic history, but for its enduring lessons about human nature.

Hobby Lobby Goes to the Black Market for Jesus 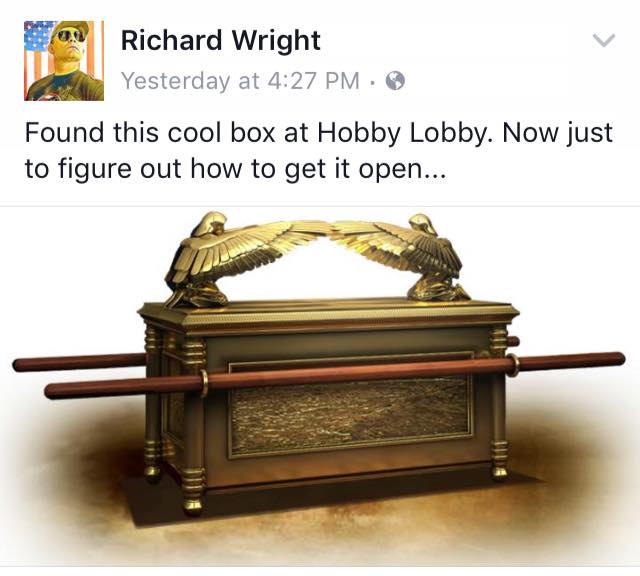 Note to Hobby Lobby: Please stick to arts and crafts and leave archaeology to the professionals.

Hobby Lobby purchased thousands of ancient artifacts smuggled out of modern-day Iraq via the United Arab Emirates and Israel in 2010 and 2011, attorneys for the Eastern District of New York announced on Wednesday. As part of a settlement, the American craft-supply mega-chain will pay $3 million and the U.S. government will seize the illicit artifacts. Technically, the defendants in the civil-forfeiture action are the objects themselves, yielding an incredible case name: The United States of America v. Approximately Four Hundred Fifty (450) Ancient Cuneiform Tablets; and Approximately Three Thousand (3,000) Ancient-Clay Bullae.

Under any circumstances, this case would be wild: It involves thousands of ancient artifacts that seem to have been stolen from Iraq, where the pillaging of antiquities has been rampant. The longstanding trade in antiquities of dubious provenance has become an especially sensitive topic in recent years, and a target of increased law-enforcement scrutiny: ISIS has made some untold millions—or billions—by selling ancient goods. While nothing in the case indicates that these objects were associated with any terrorist group, the very nature of smuggled goods means their provenance is muddy.

But the case really matters because of who’s involved. The members of the Green family, which owns the Hobby Lobby chain, are committed evangelical Christians who are probably most famous for their participation in a 2014 Supreme Court case, Burwell v. Hobby Lobby, which helped dismantle certain birth-control-coverage requirements of the Affordable Care Act. The Greens are big collectors of ancient antiquities; they’re also the primary visionaries and contributors behind the Museum of the Bible opening in Washington, D.C., this fall. Steve Green is the chairman of the board. The family’s famous name, now tied to a story of dealer intrigue and black markets, is likely to bring even further scrutiny and attention as they prepare to open their museum. 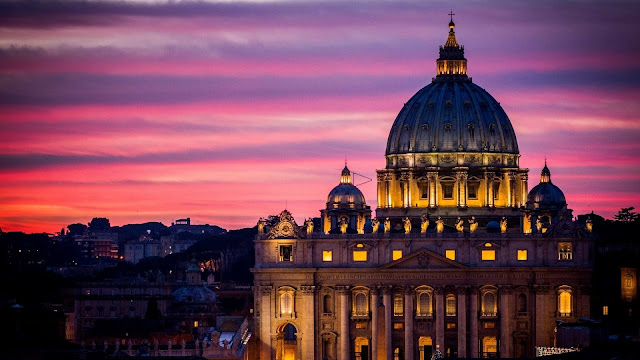 The Catholic Church has a gay problem. I'm not talking about its regressive, homophobic doctrine, but about the sheer hypocrisy. Openly gay, former friar Mark Dowd called it a "ticking gay bomb." By his estimation, about half of the men drawn to Catholic seminaries and monastic orders are gay. Leave say there have long been rumors of an underground gay scene for some time, even of a gay "lobby" at the highest levels. Now the implicit has become explicit with a widely publicized bust.

Vatican police raided a drug-fueled gay-sex party at an apartment belonging to an aide of one of Pope Francis’ key advisers, according to a new report.

The Holy Father is “enraged,” since the home, inhabited by Francesco Cardinal Coccopalmerio’s secretary, belongs to the Vatican’s Congregation for the Doctrine of Faith — the arm charged with tackling clerical sex abuse, the Italian paper Il Fatto Quotidiano reported.

Cops raided the apartment in late June after neighbors voiced concern about multiple people acting strangely while streaming in and out of the residence, the newspaper reported Wednesday.

Once police were inside the apartment, they said they found multiple men engaged in rampant drug use and homosexual activity.