Are the Poles Shifting? 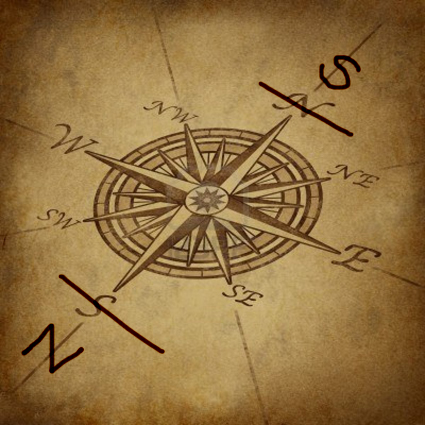 I've been talking about pole shift for a while now. Several years ago, I started getting intimations that it was imminent. There's a little more on these messages here. I just didn't really know what to make of it. The gist was that things were going to shift in some very surprising ways, that the systemic injustice that I find so excruciating had reached the end of the line, and that this was somehow connected to or simply concurrent with pole shift.

I first learned about the idea of pole shift many years ago when I was reading a book on Edgar Cayce. I had no frame of reference for the idea so it rolled off my brain like beads of water from an oily surface. Years later, when I first became acquainted with the work of Drunvalo Melchizedek, I heard it again and thought, so is that what Cayce was talking about? I liked Drunvalo's take on this. It was fairly optimistic and tied the idea of pole shift with an expansion in human consciousness.

Drunvalo says all kinds of things and some I really do take with a grain of salt. But he always struck me as a sincere fellow and so much of what I learned from him has proved itself to me that I keep a lot of his more outrageous material on the maybe pile. His ideas on pole shift fall into that category.

Pole shift has been a subject of debate. It's an accepted fact that Earth's magnetic poles have shifted more than once, in the distant past. That this has caused crustal displacement is disputed by most experts. Charles Hapgood theorized that they did and that it was associated with changes in land masses. His theories have not gained wide acceptance.

Mainstream science has been as strident and dismissive of concern as it has been vague on the particulars. The simple truth is that there's a lot they don't know about how this works and the potential effects. As discussed here, some theories have us already in the beginning stages of shift. The message from officialdom has been that while the magnetic field of the planet has been weakening for over a hundred years, and while we are probably overdue for a pole reversal, the last known one having occurred about 750,000 years ago, the next is probably at least hundreds of years off and will occur gradually, probably over thousands of years. In other words, calm down, people.

The Satanic Temple has carved out quite a niche for itself in the fight for First Amendment protections, capitalizing on Satan's pariah status as it exploits legal loopholes and bad rulings that cater to Christian extremists. Last I heard they were riling up some Oklahomans by attempting to slip a giant statue of Baphomet onto State Capitol grounds, using the same "private funding" excuse used by the ten commandment enthusiasts who placed their own monstrosity.

Now, in light of the stunningly horrible Hobby Lobby ruling, the Satanic Temple is taking the opportunity they believe the Supreme Court has opened up to defy laws on the basis of religious belief. Has your state passed laws restricting abortion access and requiring doctors to regale women with unscientific claims about the dangers of abortion? These Satanists claim that junk science and restrictions on personal liberty are against their religion... and probably most people's. Therefore, they are making printable letters available to women everywhere whose religious belief in bodily autonomy precludes their being lectured about how abortion may land them in the mental ward.

Informed consent or “right to know” laws state that women seeking elective abortions be provided with information about alternatives to the procedure, often couched in language that attempts to personify the fetus. According to the Guttmacher Institute, 35 states currently have informed consent laws, and of those, 33 require that the woman be told the gestational age of the fetus.

In some states, that information consists of pro-life propaganda that links abortion to a higher incidence of breast and ovarian cancers, or discusses “post-abortion syndrome,” a mental condition not recognized by any major medical or psychiatric organization.

Because the Satanic Temple bases its belief “regarding personal health…on the best scientific understanding of the world, regardless of the religious or political beliefs of others,” it claims that state-mandated information with no basis in scientific fact violates its “religious” beliefs.

Email ThisBlogThis!Share to TwitterShare to FacebookShare to Pinterest
Labels: Church-State

A few years ago, I asked if religion could survive first contact. Answer: It probably already has done, if we include indigenous medicine practices reaching all the way back into prehistory. The recent discovery of alien looking beings depicted in ancient stone art in India has rekindled debate over just what indigenous peoples have been painting on stone walls. According to archaeologist JR Bhagat, these ancient paintings accord with local legends about something that sounds an awful lot alien contact and abduction.

There are several beliefs among locals in these villages. While few worship the paintings, others narrate stories they have heard from ancestors about "rohela people" — the small sized ones — who used to land from sky in a round shaped flying object and take away one or two persons of village who never returned.


Many not human-looking beings and things that look like flying saucers have been discovered in cave paintings and these have given rise to questions about alien contact. But are these beings from other planets or other dimensions or, perhaps, both? Graham Hancock addressed this most recent discovery on his Facebook page the other day:

Aliens from other planets coming here in high-tech space ships? Or visitors from other dimensions? http://bit.ly/1oWXhn4. A few years ago when I asked Amazonian shaman Pablo Amaringo what the flying saucers were that he saw in his Ayahuasca visions, and painted in his extraordinary art (http://bit.ly/1oKnVfW), he told me they were vehicles for entering and leaving the spirit world. When a shaman speaks of the spirit world he's not far from the quantum idea of a parallel universe. I think the UFO and "aliens" mystery documented in rock and cave art all over the world may be MUCH more mysterious and intriguing than many believe. In my opinion these phenomena are real, but precisely WHAT they are remains to be established.

Graham Hancock Sums It Up

This interview is brief but, as ever, Graham Hancock shows the elegant fluency with his material that make all his talks and interviews compelling. This is a very worthwhile summary of his research into a possible lost civilization, sometimes referred to as Atlantis. They also discuss TED's war on consciousness, the whole sad, sorry saga of which can be found here.

Comments on this entry are closed, on this blog. If you wish to comment, please find this and all newer blog entries crossposted on Celestial Reflections.